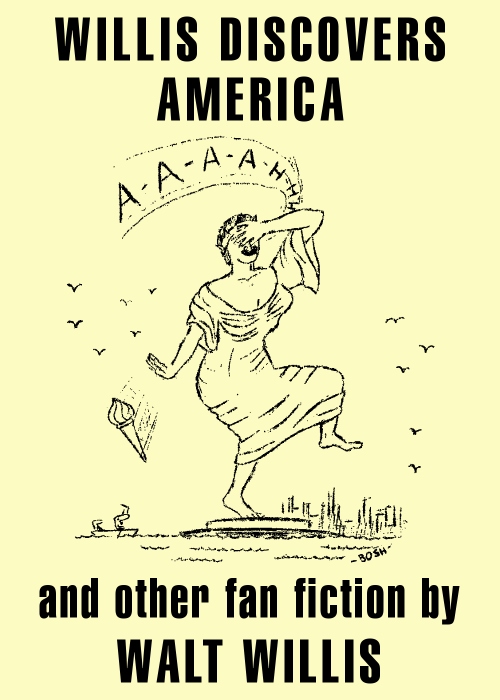 The title piece is a wildly silly imagining of Walt’s first trip to the USA in 1952, written and serialized in multiple fanzines before he actually began the journey; the text used here is from the collected edition of 1955, which included a new preface and annotations explaining some of the more arcane in-jokes. Further items range from scripts for two recorded “taperas” or tape operas that had fans rolling in the aisles at 1950s conventions, to a 1987 recasting of The Enchanted Duplicator as a computer text-Adventure game. Most of this material has never before been collected.

Ansible Editions ebook added to the TAFF library on 20 July 2021. Edited by David Langford, who has added a few more explanatory notes; research work by Rob Hansen and others; proofreading by Pat Charnock. Cover artwork by Bob Shaw, drawn on to stencil for the collected Willis Discovers America (1955). 45,000 words. Updated January 2022 with a previously missed item: 46,500 words.