GUFF: The Get Up-and-over Fan Fund 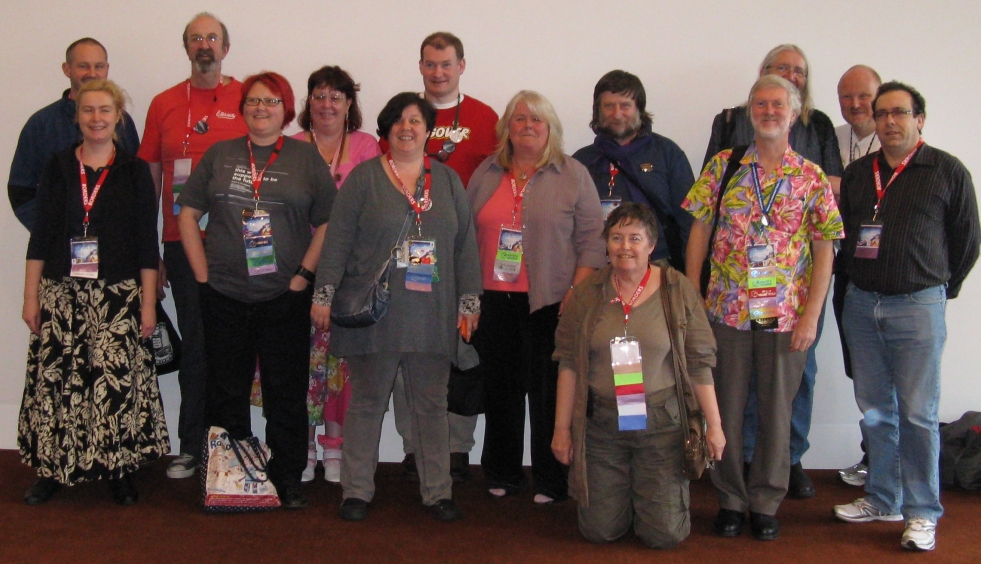 Thanks to Jean Weber for sending the photo, taken with her camera by – most probably – Gerald Smith.