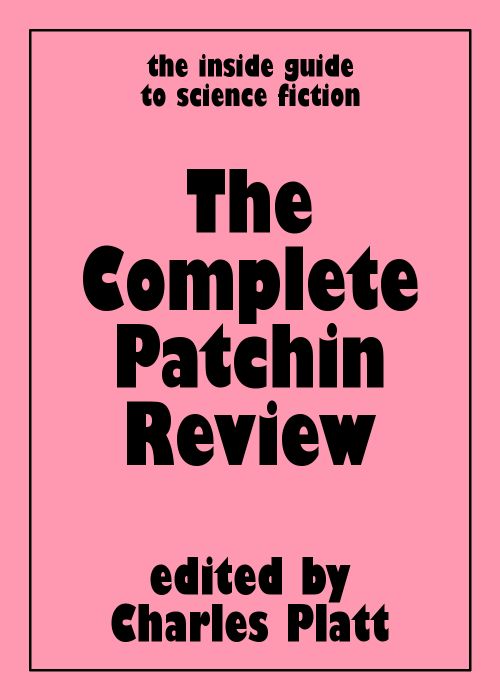 The Patchin Review ran for seven issues from 1981 to 1985 and generated much controversy in the SF community with its no-holds-barred criticism, satire, examination of dubious publishing practices, exuberant “Gabby Snitch” gossip column and numerous polemics – both signed and pseudonymous. As its title indicates, this ebook contains the complete run – plus two bonus articles by Charles Platt that appeared elsewhere. Published as an Ansible Editions ebook for the TAFF site on 1 July 2019. 157,000 words.

Charles Platt has written a new introduction for this ebook reissue, excerpted below:

Increasingly, I saw that editors were afraid to publish serious or experimental science fiction. A writer such as Philip K. Dick had broken into the field in the early 1960s writing short novels, each of which appeared as half of an Ace Double. A few years later, a writer such as Thomas M. Disch had imagined he could make a living writing serious literature such as Camp Concentration. I didn’t think that either Disch or Dick would have been able to find a publisher if they had begun writing in 1980.

Because I lived in New York City, and knew all the editors, and also knew most of the writers in the United States and Britain, I felt I was in a position to publish a small magazine of commentary that would be frank about the changes that were occurring and could agitate against some of them. That was my intention in The Patchin Review. I also decided to have some fun by publishing a self-satirical gossip column. I hoped that people would buy the magazine for the gossip and then read the more serious features.