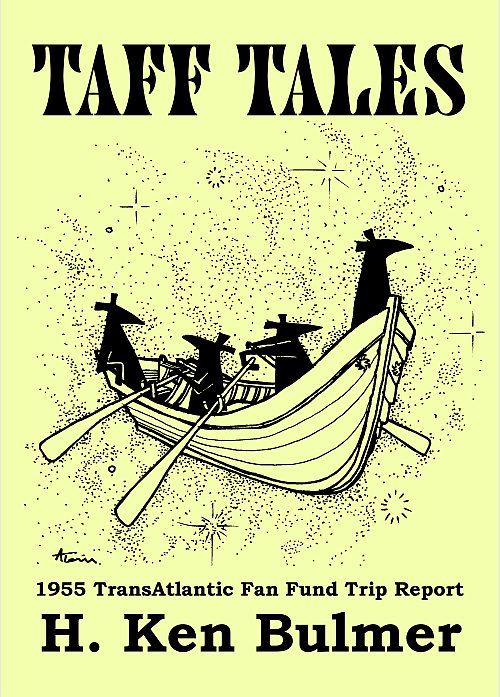 Ken Bulmer’s report of his 1955 TAFF trip, the first such report ever written (since Walt Willis’s celebrated trip report was pre-TAFF and the first TAFF winner Vince Clarke was unable to make the journey), initially published in fanzines and eventually assembled in 1998 as a single booklet from David Langford’s Ansible Information, with expansion and corrections in 1999. First published as an Ansible Editions ebook for the TAFF site in May 2015, with booklet cover art by Atom (Arthur Thomson). 16,600 words.

Expanded to 17,400 words in January 2021, with an introductory extract from this 1957 article by Walt Willis which tells more about the beginning of the outward voyage than Ken Bulmer revealed in TAFF Tales. Further expanded to over 18,000 words in April 2022, with a 1955 air letter from Ken about his and Pamela’s outward journey and initial reception by US fans.

• Details of the 1955 TAFF race and voting can be found here.