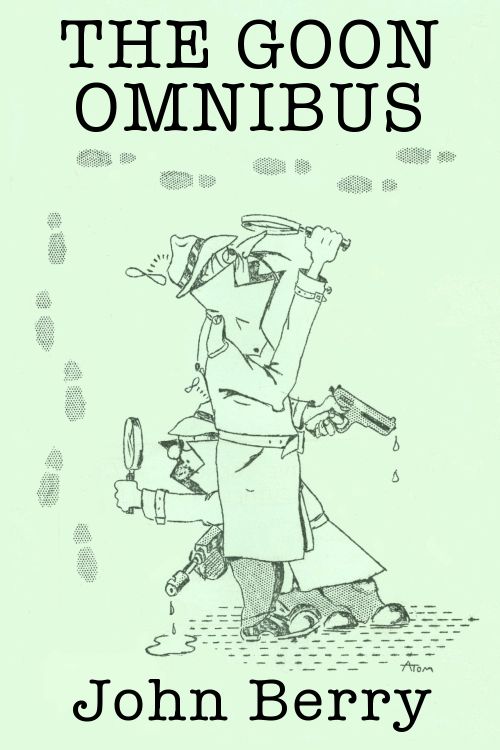 A collection of “Goon Defective Agency” humorous fanfiction from the 1950s and early 1960s, gathered together as two volumes in 1993. First published as an Ansible Editions ebook for the TAFF site in May 2017, with cover art by Atom (Arthur Thomson). 63,000 words.

John Berry’s many “Goon Defective Agency” fanfiction tales satirized the British fans and fandom of the 1950s and 1960s, with super-inept private eye Goon Bleary being Berry’s merciless send-up of himself. Arthur “Atom” Thomson illustrated the stories (see cover; interior illustrations are, alas, not included). In the 1990s this humorous saga was collected as a labour of love by Ken Cheslin in five volumes under the overall title The Bleary Eyes.

The first two of these booklets – The Bleary Eyes Volume 1: The Early Days (1993) and The Bleary Eyes Volume 2: The Middle Ages (also 1993) – were rekeyed by Vince Clarke for publication by Ken Cheslin, and the word-processor files were rescued by fannish hands after Vince’s death. Both include introductory material by John Berry himself, plus Vince Clarke’s annotations explaining most if not all of the arcane in-jokes.