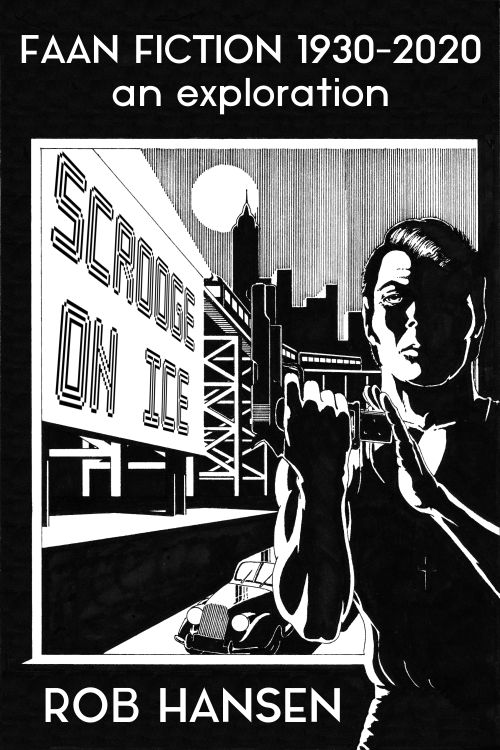 In this combined critique and anthology, Rob Hansen discusses the phenomenon of fan fiction (in the fannish fanzine sense) with a particular focus on the UK. His commentary is interspersed with many examples from such diverse fan writers as John Berry, C.S. Youd (John Christopher), Leroy Kettle, David Langford, Mark Plummer, Bob Shaw, Ian Sorensen, James White, Walt Willis – and Rob Hansen himself, including previously unpublished work. There are several surprises.

One aspect of fandom only lightly touched on by me in Then was fan fiction. By which, of course, I mean fiction about fans and/or fandom. This is a thread that has been woven through SF fandom since it began, enduring almost to the present day, and so is worthy of consideration in that light. I’ll be looking at the people who wrote it and all its various forms and the purposes to which they were put. Inevitably, the quality of the writing varies wildly, with that of those who later went on to write professionally usually being a cut above the rest.

A surprising amount of fan fiction is already available in various Ansible Editions ebooks. Where I reference these I’ve put [AE] after them to indicate that fact and a full list of same can be found at the rear of this volume. Similarly [fan] appears after those available at fanac.org, and [fia] for those available on my own website at fiawol.org.uk. Where possible the pieces of fan fiction reprinted herein to illustrate various types and forms – all by UK fans – were specifically chosen from those not already available. As a result, most will be things the majority of readers won’t have encountered before.