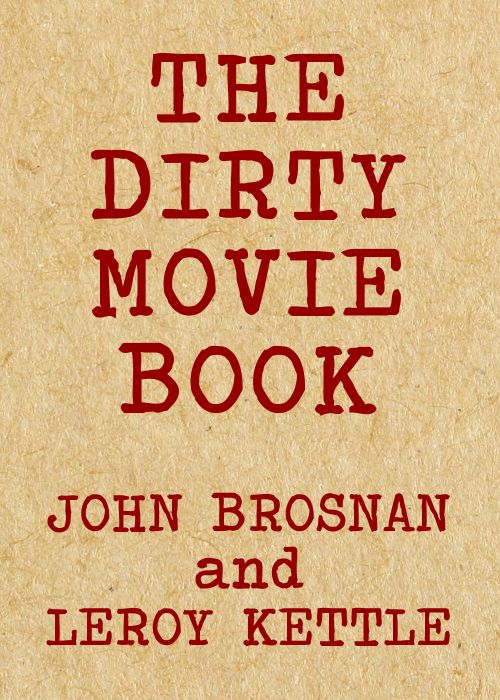 “A no-holds-barred, searing, blistering exposé of the corrupt, bloated underbelly of the film industry”, says the hard-hitting title page. “Guaranteed to be absolutely fact free”, it continues reassuringly. This collection of funny pieces about cinema was originally published by Grafton Books in 1988 as by John Brosnan and Leroy Mitchell and has never before been reissued. First published as an Ansible Editions ebook for the TAFF site on 1 November 2018, with a new introduction by Leroy Kettle. Approximately 50,000 words.

THE MOST FUN-PACKED MOVIE EVENT SINCE SCARFACE, THE MUSICAL!

Did you know that Greta Garbo was a secret Australian, born Doris Pringle on a sheep station at Wanga Wanga?

Yes, an exciting alternative to those boring old Academy Awards. Called Willies instead of Oscars, these prizes are highly sought after by all members of the film industry – whether they want them or not!

Before it’s even made – the script of the most terrifying disaster movie ever: CHUNNEL!!! And it’s 100% British!

THE DIRTY MOVIE BOOK exposes the best-kept secrets of the stars, offers fascinating insights into how your favourite movies were made (and some that never were) and gives some extremely unusual suggestions for programming your very own film festivals.

Learn about cunning stuntmen, sex in the cinema (various positions) and much else besides. THE DIRTY MOVIE BOOK reveals all – and provides careers advice for those wishing to enter the cinema (without paying).