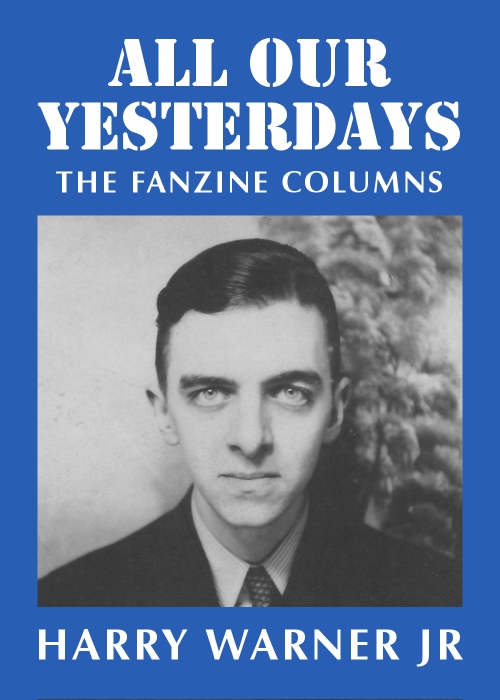 All Our Yesterdays: The Fanzine Columns

Harry Warner Jr is best known for his histories of fandom, the first of which – covering the 1940s scene in great detail – was All Our Yesterdays (1969). This is not that book. Harry also wrote many standalone columns for fanzines under the same overall title, genially sharing his personal memories of past fans, fanzines and fads. Hence the clarifying subtitle of this ebook collection of the columns.

The assembly of 40 of these pieces into a book began as an intended but unfinished project by Richard Bergeron that was redone from scratch by Chuck Connor, who as related in his introduction transcribed all the material for print publication as All Our Yesterdays in 1991. A searchable diskette version, also from Chuck Connor, followed in 1997. In 2006, Greg Pickersgill sent the disk text to Bill Burns with the suggestion that this excellent material deserved to be more widely available at the eFanzines site: Bill converted all the columns to HTML for online reading at eFanzines.com/AOY.

The present Ansible Editions ebook version is based on the online text, with many corrections, some restoration of lost words, phrases and sentences, and the addition of a 41st column not published until 1990. This ebook was first released on the TAFF site on 1 December 2019. Cover photo of Harry Warner Jr from the J. Michael Rosenblum photo collection, courtesy of Rob Hansen; photographer not known. 100,000 words. Updated July 2020 with a further (42nd) column not previously included: 102,000 words.